Are you in charge of promoting a regional or special event or possibly the inauguration of a new store? The success of your company's event can be greatly influenced by how you promote it. Billboards can be a cost-effective addition to your marketing budget.

The ideal supplementary strategy for your event marketing initiatives is billboard advertising. With eye-catching advertisements that shine out among the crowd of show booths and conference banners, the presentation offers the one-of-a-kind chance to broaden your event's reach, raise the frequency of your message, and increase impact.

If you're looking for a truly eye-catching way to market your upcoming event, then you should consider using billboards. Billboards are a powerful marketing tool due to their large size and ability to reach a wide audience. When used properly, they can be extremely effective in generating interest and excitement for your event.

If you are planning a sporting event or exhibition that is geared at the general public, placing a billboard beside the event is one of the best and most economical ways to promote it. The billboard draws attention from those in the neighborhood who will probably be excited to attend in addition to announcing its presence.

An event individuals were excited to attend was made known to 58 percent of drivers 18 and older, per a study conducted by Arbitron National. Many of these potential guests would never have known about the event if they hadn't seen the billboard.

A huge audience will see the billboard if it is placed correctly, and the relevant people will also notice it. Similar to widescreen advertising, billboards can be incredibly tough to miss, and anyone who sees your advertisement won't just ignore it. In a handful of seconds, a fantastic design will catch the reader's attention and inform them.

You can guarantee that commuters see our advertisement every day by placing billboards in high-traffic regions. They will see your announcement often as they leave for work and arrive home. There is a big chance that eventually, it will pique their interest. When compared to large format advertisements, other forms of media advertising may have a less significant effect. If you are seeking widespread visibility, you must choose billboards over smaller print alternatives.

Advertising on radio, TV, or in print can go above the marketing budget. In addition to offering excellent value for money, renting a billboard in a visible area for a period before and during an event will help spread the word without the need for extra advertising initiatives.

If you want to push your advertising to the ultimate level, of course you can combine traditional media and billboards! But billboards would serve as one giant alternative that sums up everything written in thousands of pieces of paper. So, it saves you money from expensive multiple print-outs and it drives you away from the risk of your announcement being ignored, which usually happens when you publicize it through newspapers, bond paper-size signages, and even airing it on radio or television!

Numbers don’t lie! Statistical data from Arbitron National In-Car Study show that 71% of individuals deliberately scan billboards during their drive. When people pass an outdoor advertisement, 37% say they glance at it every time or almost every time. Moreover, 58 percent had heard of a gathering or eatery which they later visited. While 26 percent of people observed a phone number, and 28% a website address on billboards. Interestingly, each year, Americans spend approximately 300 hours in their cars. In terms of ROI, Dashtwo claims that outdoor advertising is superior to TV advertisements at generating online activity. That makes billboard advertising be particularly effective on drivers and commuters. 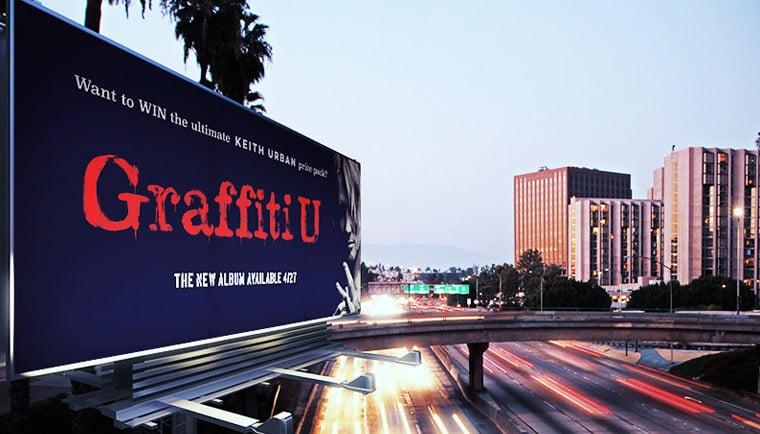 The planning for your event's promotion should begin at least a few months in advance. This provides you plenty of time to select an agency for outdoor advertising, compose your copy, and create your advertisement. Starting early also guarantees that the people who will attend your event best are aware of it.

The majority of event goers often reside within 150 miles of the events they attend. When choosing the location to advertise your event, keep this in mind. For the purpose of developing a more focused advertising plan and campaign, consider your ideal attendee and the areas where they are likely to pass.

The billboard's dual status as a static billboard and dynamic updating is a fascinating feature. When selling advance tickets for your event, the same principles that drive individuals to buy lottery tickets are relevant. The foundational principles of sales and marketing will always apply.

Keep your message short and to the point. If you merely include your event's name, dates, and times on billboards, you're squandering your money on advertising. Don't try to fit as much information as possible onto your billboard.

Text should not exceed 10 words; 6 words or fewer are preferable. Keep it expressive with a pertinent, high-resolution picture. Most important elements are: The event's name Event’s date and time A compelling invitation to visit the website for your event (e.g. Before it's too late, visit tixily.com.event for Deep Discount Ticket Offers!) An example of a good billboard for event advertising:

Both formats have clear advantages when it comes to billboard advertising. What would be most effective for your campaign will determine whether you want a static or dynamic billboard.

Since traditional billboards tend to be more upscale, it will be challenging for people to miss your event. In contrast to digital billboards, static billboards occupy the majority of outdoor advertising and area, making them more easily accessible. With classic billboards, you won't be limited by exact sizes and there is always potential for originality.

They are usually cheaper, you can display a number of them everywhere that are suitable for your needs which make up for more inventory, and you definitely can do away with technical issues with traditional billboards!

Digital billboards that want to increase engagement are the most successful. These are more flexible and dynamic, therefore the movement attracts observers' attention more. Changes to the design can be made rapidly because digital designs are more versatile than printed ones. The best benefit of digital billboards is the opportunity to advertise during busy times. Rush hour or seasonal specials are the greatest times to make sure your advertisement is seen at the appropriate moment.

Advertisements can be planned at the precise periods that your target attendee is most likely to see them, also with choices for advanced audience targeting updated and optimized with greater flexibility. To avoid having too many adverts, you can easily change out messages with important information with digital billboard advertising!

Conclusion Many businesses and organizations utilize billboards as a traditional but still powerful form of advertising to connect with a large audience. The average person is exposed to numbers of billboards every day, thus they are a part of our daily lives as well. Companies can use billboard advertising as a very adaptable yet powerful technique to showcase their brands, along with their goods and services, to their target market.